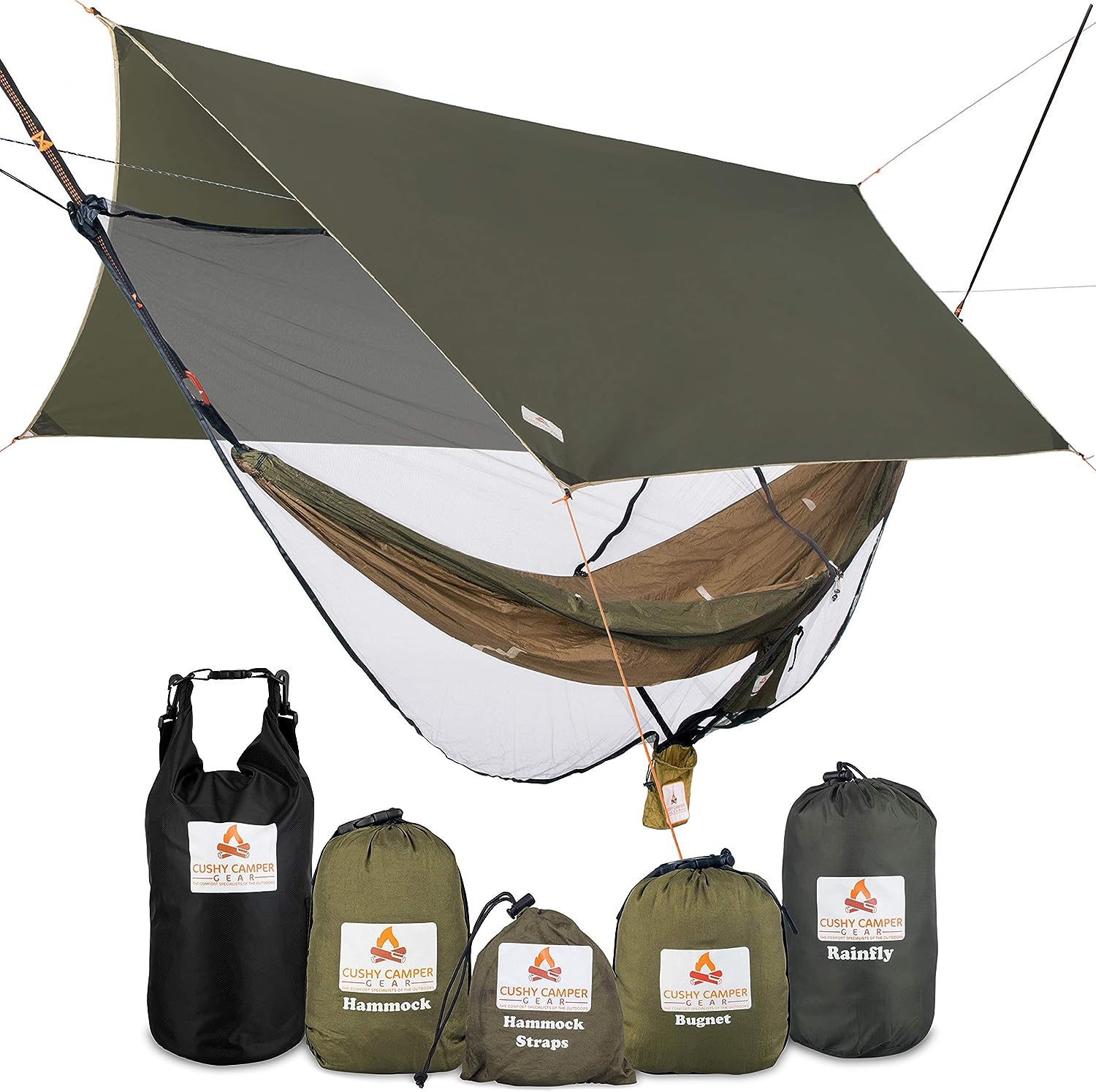 Your Complete Hammock Camping Bundle Comes With All of This:

You have unread updates 0

Best of the blog

Have you thought about subscribing? It's free. seths.blog/subscribe

Ten years ago, if you were as good at using networks and software as you are today, most of your peers would have considered you some sort of wizard.

The question isn’t whether or not each of us is going to get better at using our tools, the only issue is: how soon?

We can choose to live behind the curve or ahead of it. It turns out that there are significant rewards for pushing through discomfort and getting (much) better at all the resources that are suddenly freely available in data acquisition, learning technologies, financial tech, marketing and networks.

What if resisting until we had no choice, we decided to pioneer instead?

PS the same thing is true for our other skills, including leadership.

“What evidence would you need to see to change your mind?”

The honest answer to this question is usually: “I need a new story that’s more immediate, more vivid and most of all, more culturally aligned than the one I have now.”

It took humans 100,000 years to invent the scientific method. Before that, we lived our lives by stories, examples and the urgent.

An anecdote is not evidence. But we often treat it that way.

That’s not what we usually hear. To have “us” we often need “them.”

To make a profit (or a commotion) in social media, the math is usually division, not addition.

And as media has crept into every corner of our lives, it often thrives on discord.

The irony is that the network effect that powers our culture (it works better when others are using it too) depends on connection.

When Stewart Brand put a picture of the Earth from space on the cover of the original Whole Earth Catalog, it was a revelation for many. The photo was new, but the image was also a timeless reminder of how futile it is to forget the very nature of our finite world.

Ideas can spread and multiply, creating new opportunities and new frontiers. But we’re still on the same planet, no matter how much a few people spend to go (almost) into orbit.

As we begin to move beyond a century of industrialism, all of us are coming to grips with the impact that the industrial engines we depend on have created. The chronic shift in the climate of the entire planet is going to be the most significant driver of change of the next twenty years. For all of us, not just a few.

Unlike current events or politics, this is neither local nor temporary. It’s hard to fight the weather, as it changes all of the inputs and the outputs of our life.

The first step is to realize that we’re in it together.

In the old days, when I was a book packager, I created a series of bestselling almanacs. Almanacs have been around since Benjamin Franklin, and even in the age of the web, they serve a useful function. Collecting relevant tables, facts, explanations, lists and history in a format that’s easy to reference and share gives us a chance to agree on what we agree on, a common foundation for moving forward.

I’m putting together a worldwide team of people who are interested in volunteering to contribute to the new Carbon Almanac. It’s a zero-profit venture, a group effort designed to create a print and digital document that fills the vital niche between the cutting edge and apathy.

There are currently 40 of us, from 20 countries, working on the early versions. If this is something you have the time and inclination to contribute to, I hope you’ll take a minute to fill out this quick form. We’ll be inviting some folks to join us next week. Thanks.

No matter what it is you’re cooking, if you put too much in the pot, it’s not going to come out as well.

The hardest moment to stop scaling our work is the moment when it’s working the best.

And that’s precisely the moment when we need to have the guts to stop making it bigger.

It has taken us by surprise, but in our current situation, when everyone has more of a voice and more impact on the public than ever before, it suddenly matters. You wouldn’t take your car to a mechanic who didn’t know how to fix a car, and citizens, each of us, should be held to at least as high a standard of knowledge.

Everyone around us needs to know about:

Propaganda and the status quo

The mechanics of global weather

Either we are the makers of our future or we’re the victims. And if we don’t understand these fundamental components of how the world works, our actions may undermine our goals as well as the people around us.

The world is changing fast and we’re all more connected than ever before. The good news is that these are all skills, they can be learned and it’s imperative that we teach them to others.

When they ask you to lead, will you be ready?

Akimbo, an independent B corp., continues to show us how cohort-based learning can change lives for the better. I hope you’ll check out what my friends at Akimbo are up to:

You’re invited to write and publish a book in the next six months. It works because you don’t do it alone. It’s the last day to join the current session of Prewired Pickguard 11-Hole SSS Prewired Loaded Pickguard with Si.

The Creative’s Workshop, which inspired The Practice is starting now—register by Oct 12th.

Among painters, poets, writers, actors, bloggers, directors, influencers, capitalists, fundraisers, politicians and singers, you’ll find a few who want to go all the way to superfamous.

They understand that their work won’t reach every single human, it can’t. They’re okay with that. But they’d like to reach just a few more people than anyone else.

Back when the New York Times bestseller list mattered, they worked to be on it. Not just on it, but on top of it.

Back when 100,000 followers were seen as a lot on Twitter, they hustled to be in the top spot. And when it got to a million, then that was the new goal.

Pop albums used to sell millions of copies. Now they sell in the tens of thousands. But one more than just about anyone else is enough (for now).

The desire to be superfamous might come from a good place. The work is important, it deserves to be seen by more people. The work is arduous, and reaching more people with it feels appropriate. The work is measurable, and measuring better is a symptom of good work.

Or the desire might come from the same drive that pushes people to do the work in the first place. Bigger is better, after all.

The problems with superfamous are varied and persistent.

First, it corrupts the work. By ignoring the smallest viable audience and focusing on mass, the creator gives up the focus that can create important work.

Second, the infinity of more can become a gaping hole. Instead of finding solace and a foundation for better work, the bottomless pit of just a little more quickly ceases to be fuel and becomes a burden instead.

Trust is worth more than attention, and the purpose of the work is to create meaningful change, not to be on a list.

We’d rather not claim luck. Good luck feels like something was unearned. And bad luck sounds like an excuse.

The false promise of meritocracy decries luck in all its forms.

Among famous colleges, perhaps one in five qualified applicants are admitted. Here’s what that means:

The school could make a list of every student who is ‘good’ enough to get in. The combination of background, test scores, grades, activities, all of it. Every student who, under some circumstances, would be happily admitted.

They could send a note to every one of those students telling them that they are finalists, and now, a random number generator is going to pick 20% of them.

If you got rejected, perhaps it would be better to know that you were a finalist and then you got unlucky, instead of blaming yourself and some imagined defect.

And the same goes for countless things that happen to us in our lives. That I was lucky to get that first TED talk. That I was unlucky to not get that big meeting years ago…

Giving credit (or blame) to luck makes it easier to get back to the hard work of making things better.

For the longest time, just about all jobs were task jobs.

The assembly line, the ticket taker, the cook…

We learned how to hire for these jobs, measure them, manage the work to be done. Over time, we’ve figured out how to outsource them, mechanize them and pay as little as possible for them.

But in many pockets of our economy, the new jobs and the best jobs aren’t task jobs. They are jobs of initiative. Work that’s taken, not simply assigned. Work that can’t be easily forecast, and work that thrives with a different sort of teamwork.

These jobs often have a lot of task work mixed in, which is really confusing for everyone involved. Because reverting to task work feels safe and hiring for task work is easier. Apparently, people are supposed to learn how to do initiative work on their own and do it in their spare time.

Most organizations do an astonishingly bad job at creating, initiating and dancing with the next thing. And so they struggle and eventually become Yahoo.

First step: announce what the jobs around here are like. Hire for them and measure and reward appropriately.

Sometimes we assume that our competitors are far smarter than we are, better informed and harder working.

And sometimes we assume that they’re clueless, lazy and hapless.