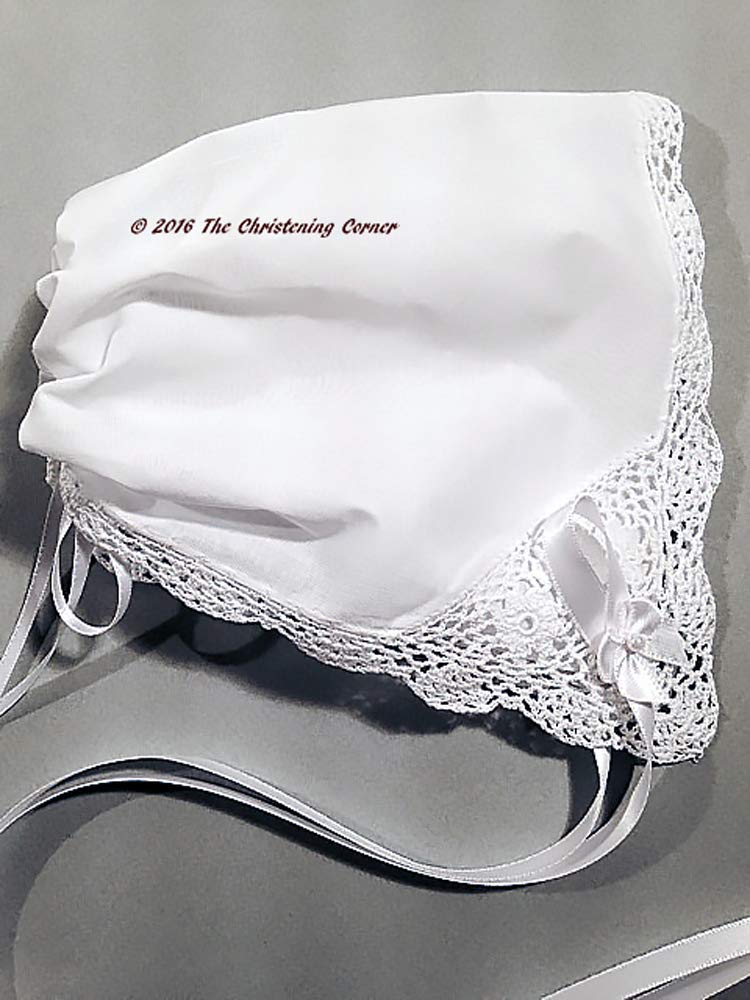 In a number of years when the baby is to marry, this bonnet becomes a beautiful handkerchief for the bride to carry down the aisle as "something old".Â Beautiful gift packaging includes this delightful poem

"br""li"Then keep it as a treasure, for here's the magic key,
By snipping a few stitches, a hanky it will be.
A hanky to be carried many years from now.
As the bride walks down the aisle to pledge her wedding vows.


Hand made exclusively by The Christening Corner